This week, one of our netball teams participated in the annual annual Plymouth & District High 5 Netball Tournament held at UCP Marjon on Tuesday. Over 300 pupils from 35 primary schools took part in the tournament over three days. The schools played in preliminary groups with the winner of each group progressing to the finals day on Wednesday. Games were played very competitively but with excellent sportsmanship displayed throughout the tournament.

Our netball team had a mixture of results: drawing some and losing some. Unfortunately, we didn't win any this time! However, the children all played to the best of their abilities and showed excellent sportsmanship. We were very pleased with their attitude and determination throughout the netball tournament.

Thanks go to Marjon for hosting the event, organising the umpires and giving technical advice on the game of netball. Also a big thank you to all the volunteer umpires from local clubs, schools (Hele's Sports Leaders) and Marjons without who the games could not be played. 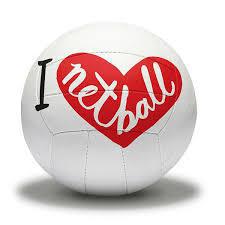 Well done to all of our Yr 5/6 children who participated in the recent Marjon Netball Tournament held on the 17th January 2017. Here are the results for their games:

Once again, whilst the children are waiting to play their matches they will have the opportunity to work with some specialist netball coaches who will come in and deliver a coaching session with them.

Good luck to both of our teams! Please feel free to come along and support your child/ren in this event.

Here are our fixtures: 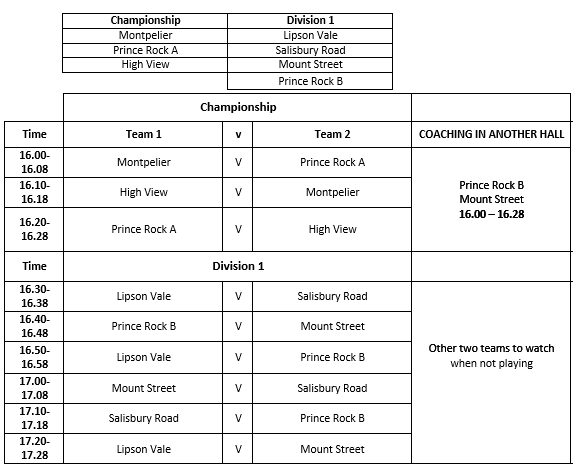 Congratulations to our Yr 5/6 netball team who have progressed to next week's 'Championship Group' at Lipson after winning all of their games on Monday. We wish you the best of luck for your next group of games.

On Monday 5th December one of our school netball teams will compete in their first round of matches for the Yr 5/6 Lipson Netball Tournament. Two groups of three teams will compete in the first week to be seeded for the final week. The winners of each group and the one best runner up will play in the championship group on Monday 12th December to decide the overall winner, and both bottom teams and second best runner up will make up the Division 1 group to differentiate the competition.

Whilst the children are waiting to play their matches they will have the opportunity to work with some specialist netball coaches who will come in and deliver a session with them.

Good luck to our team! Please feel free to come along and support your child/ren in this event.

Here are our fixtures: