Yesterday, a group of our Year 5/6 children attended a basketball tournament at Plympton Academy. They showed incredible teamwork and scored some brilliant goals against a number of schools across the city. Well done to all those involved! 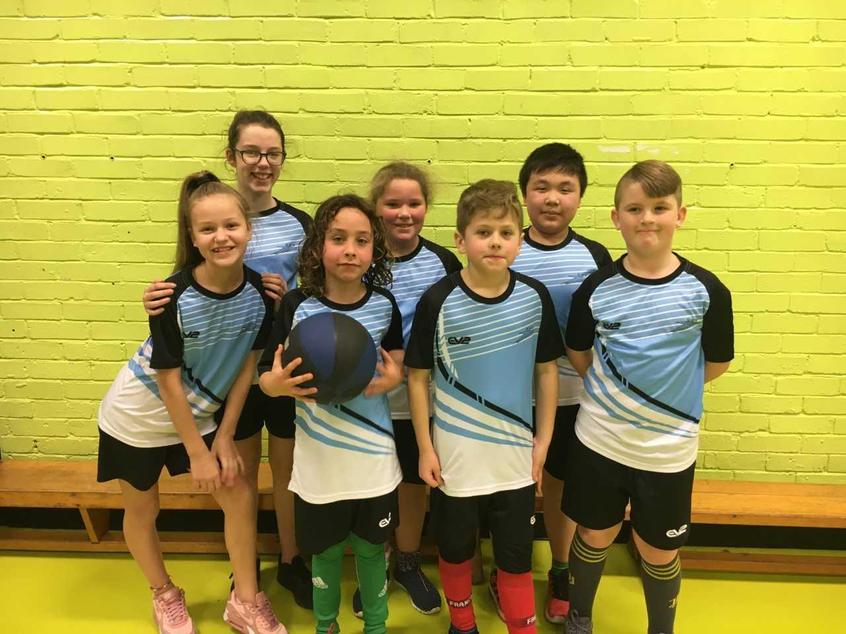 "Another fantastic afternoon of sport at Plympton Academy! 7 teams from schools across the city came along to take part in our annual Basketball competition.

Today was the second primary event to run and the winners and runners up from both heats will be invited to play a final in-front of the crowd at the upcoming Plymouth Raiders Basketball game.

It was fantastic to see so many children playing and having such a great time. Our event was run on a points system: 5 points for a win, 3 points for a draw and 1 point for any loss with the winner being the team on the most points after our round-robin event. As well as being a competitive event we also took the opportunity to celebrate the School Games value of Teamwork.

As always at this event, I was  so impressed with the amount of skill and talent that the young people in our schools have—there were some fantastic shots, great defence and creative dribbling. In order to help me run the event smoothly, I enlisted the help of some of Plympton Academy’s Young Leaders—I would like to say a huge thank you to Phoebe, Dan, Honi-Ffion, Kiera, Carrie, Ella, Kobe and Megan who did a brilliant job refereeing and scoring for all of the matches.

At the end of the event, the scores were collated and it was the moment that we had all been waiting for…

Huge congratulations to Drake Primary who were the overall winners (for the 4th year running!). A massive well done as well to Montpelier who were a very close second. Both teams will now meet the winners and runners up from the other heat, on Sunday 3rd March at Plymouth Pavilions.

Well done to all the teams that took part today—you all played incredibly well and gave all of the spectators some great Basketball to watch."