On Thursday 20th June, Mr Young and Mr Douglas took a group of Key Stage Two children to Brickfields to represent Prince Rock at the annual athletics festival. The children all had a chance to participate in at least one event, with some children competing in track and field events. Mr Young and Mr Douglas were particularly impressed with the children's teamwork in the relay races and they communicated with each other well. Despite showing great determination, unfortunately we didn't make any of the final events in the afternoon. 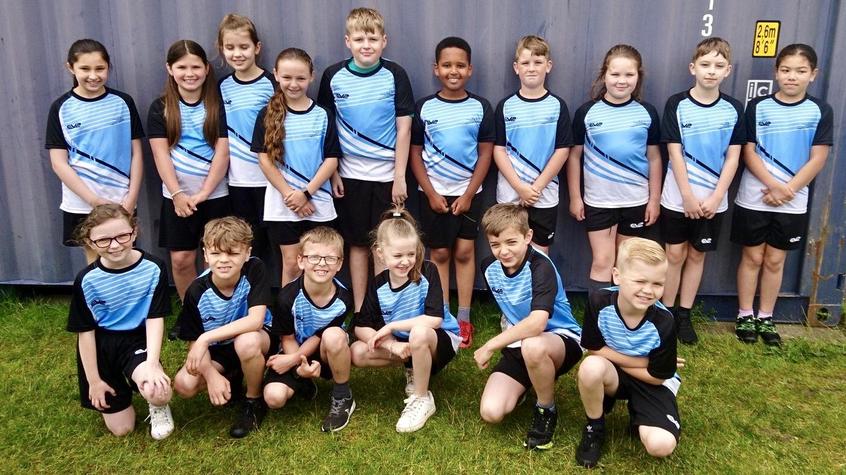 Below is a write up from the Plymouth School Sports Partnership.

“On Thursday 20th June we held our annual Plymouth School Sports Partnership Primary Athletics competition at Brickfields. With lots of schools in attendance, there were nearly 1000 competitors on the day.

After some rain in the morning the weather cleared up a bit in the afternoon. There were a mixture of track and field events for Years 3, 4, 5 and 6 children that included:

The day began with teachers pitching their gazebos to get the best spots near the track whilst PSSP staff set up the events for the day. Once the children had arrived they did a parade around the track supporting their school before the events started. These events were competed for by both girls and boys. Schools were split into Minor, Intermediate and Major categories depending on the number of children on roll in Key Stage 2. There were many heats for every track event for girls and boys, before the finals even took place making it a very busy time for the marshals, timekeepers and race starters.  The top two from each heat would progress to the track finals later that day. On the day the athletes also had the opportunity to take part in the Shine Awards which is a separate set of challenges to test skills and ability. Certificates were awarded by City College leaders.

Congratulations to everyone who took part, especially the winning participants and teams, attached are the final results from the day. A huge thank you to the participants, teachers and parents who supported the event and a huge special thank you to the young leaders who helped with everything throughout the day from Eggbuckland CC, Notre Dame, Stoke Damerel CC and Plymstock School.”

On Tuesday 7th May, 8 of our children competed in the Level 2 Quadkids event at Brickfields. The children were really determined to beat their personal best which they had been training for in school in their athletics lessons. We are proud of their efforts and determination at this event! 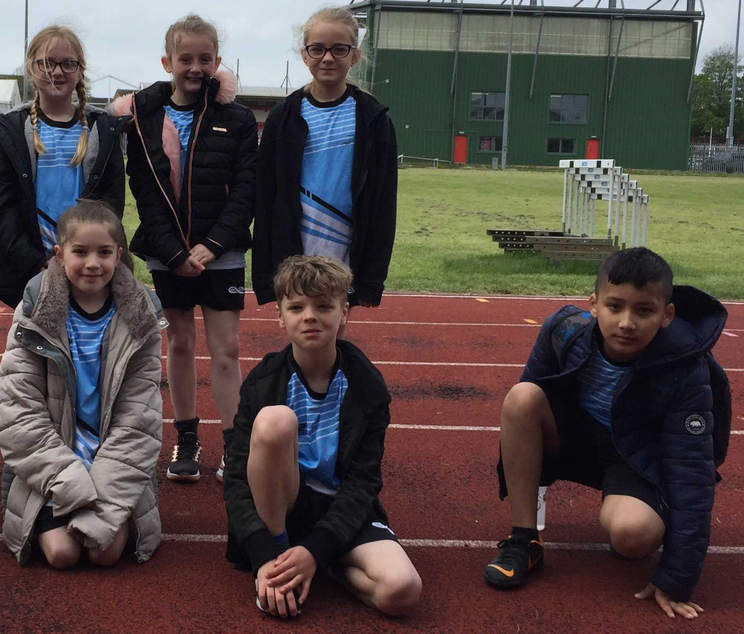 “Year 3/4 Quadkids took place on the 7th May at Brickfields. The standard was set very high from the start on our four events.

All 13 teams were of course attending to take up the first track and field opportunity of the year, however apart from the medals there were also four level three places up for grabs.

The teams were split into four groups and supported by excellent leaders from Stoke Damerel, St Boniface’s and Notre Dame; taken to their first round of events.

After competing in the 75m sprint, Vortex throw, 600m run and Long Jump all of the scores were added to our super computer and our winners were announced.

Well done to all of our athletes and thank you to our leaders and officials.

Congratulations to Montpelier, Compton, Hooe and Bickleigh Down who will advance to the Level 3 summer games in June.” 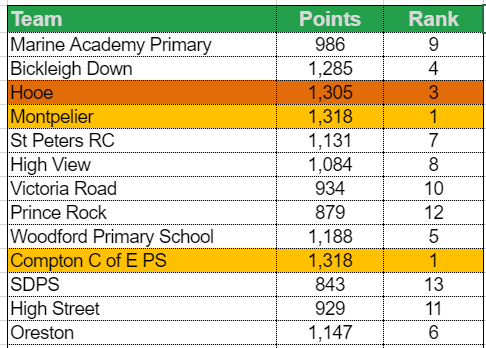 On Monday 12th November 2018, 12 children from Year 5 and Year 6 competed in an Indoor Athletics Competition against three other schools at Lipson Co-operative Academy. The children were delighted to come joint second and bring home a silver medal each. Jack said 'I really enjoyed this event, the chest pass was my favourite activity'. We are so proud of all the children's efforts! Here is a picture of the children with their medals! 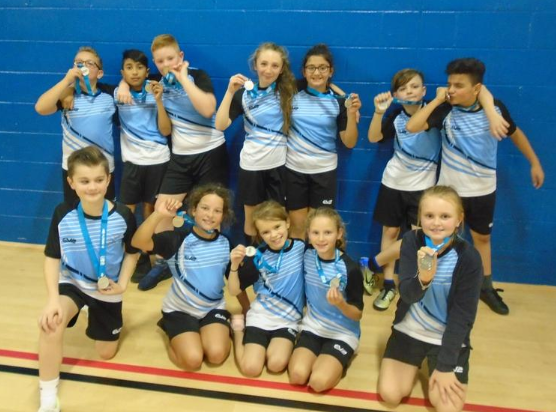 As always, the girls were first up to the track competing in the 1+1 and 6 lap parlauf relays. In which, they set some really fast times. Meanwhile the boys were trying to score valuable points in the long and triple jump.Next up to the track was the boys who competed in some very competitive races. Whilst it was the girls turn to try and earn valuable points in the long and triple jump.

After a quick change, the girls were back on the track to compete in the 2+2 and 4x1 relays. The changeovers were very impressive, which helped them achieve some really fast times. Whist the girls were on the track, the boys were back on the field events to take part in chest push and speed bounce. Then the boys competed in the 2+2 and the 4x1 relays. Whilst the girls had their chance to earn points in the chest push and speed bounce. After another quick change over, it was time for the obstacle race. This race had a possibility to pick up some unwanted penalty points. The final results table all came down to this as a few penalty points could have determined your final position in the results table.

A massive well done to all who competed, you all showed amazing effort and determination in all the events. A huge thank you to the sports leaders from Lipson and Marjon students for all their help in making sure the event ran smoothly. 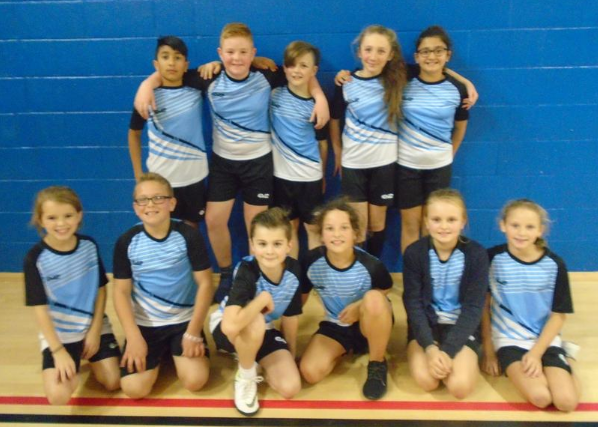 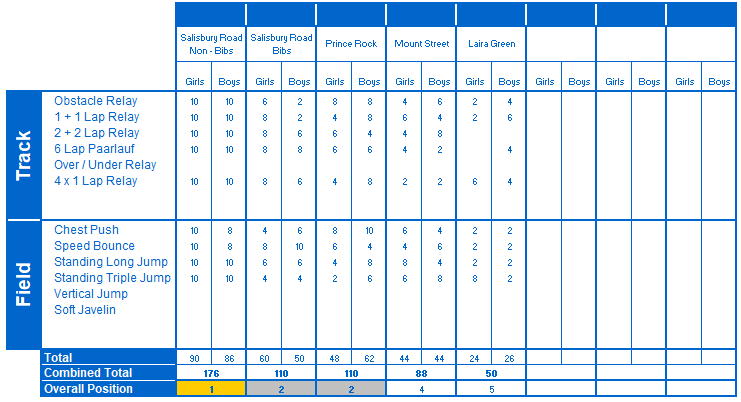